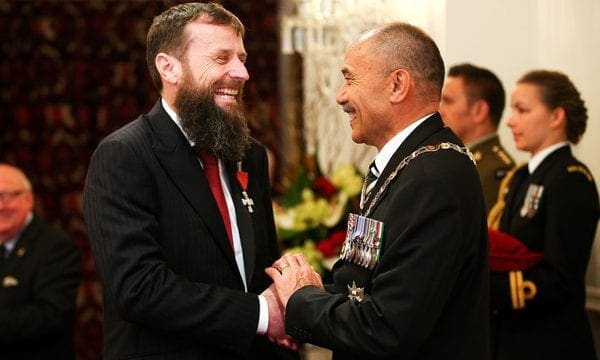 Ten-time T.T. winner Bruce Anstey has been honoured in his home country of New Zealand with an award marking him as a Member of the New Zealand Order of Merit.

Fan favourite Anstey, who achieved a lifetime ambition last year at the Isle of Man TT when he won the Superbike race (his first big bike win on The Island), was given the award for his exploits in road racing.

The 46 year-old received his award from the Governor-General of New Zealand and looked as pleased as punch at getting the award.

He said: “It’s a real honour and this is only the second time in my life that I’ve worn a suit!”